Skip to content
Posted on June 5, 2011May 21, 2016 by kishorepisapati
1.This post is not intended in any way to criticize anyone’s opinions.
2. When I say movie, I mean Hollywood.
Just like for anything else, everyone has their own opinion of movies they watch. Where once only the Academy existed, now there’re entire websites dedicated to reviews and ratings. IMDb, Rotten Tomatoes.. you get the point.
This, inevitably has led to the biasing of the public’s judgement. Many worship IMDb and their list of the top 250, and some of them don’t watch anything rated below 7. Others call the movie total crap if it somehow passes over their head, or doesn’t live up to their expectations.
Personally, I don’t judge a movie by its rating. Not entirely, at least. I think I’ve more faith in the Academy.
Now you can all come at me flying with daggers, ‘Tera kya jaa raha hai… Sabki apni choice hai..’ etc.
Before you do so, I’m not here to tell you to make the right choice. This is not about what movies you like, but about those you don’t like and tag as nonsense. The minds behind the movie deserve much more respect and credit than what we give. After all, it’s a work of art.
Consider Da Vinci’s art as an example. Most of you would be aware about the plethora of interpretations of The Last Supper, or the symmetrical beauty of The Vitruvian Man or the mystery behind that Mona Lisa smile. Heck, these very intricacies form the grounds for so many novels, and subsequently documentaries/movies.
That’s the power of one single image.
Imagine the possible depth in a string of such images. Vis-a-vis, a movie.
If you think that you can comprehend that depth in one watch, you’re kidding yourself. Of course, not everyone prefers to go that way. Some like it shallow. But please don’t go mocking legends like Christopher Nolan, just because you didn’t get Inception.
Again, the problem is not is your depth or shallowness. Yes, some people just watch movies for fun, and some dig deep and try to look from the director’s perspective. But no movie deserves to be called trash, especially when a movie blossoms after the painstaking efforts of hundreds. Ask yourself, does calling Mona Lisa stupid make any sense to you at all ? A movie is no different. They’re both a work of art. 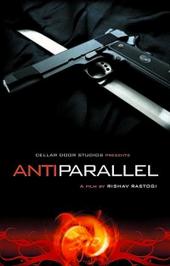 One of my friends made a movie (Antiparallel) in his first year. There was a lot of publicity before the screening, and expectations were high. I couldn’t attend the screening for some reason. Afterwards, on what I heard from most friends, they didn’t get one bit of it. Two years later, when this guy became a close friend, I finally watched it. Obviously, after what most people said, I wasn’t too fussed about watching it.
It turned out to be superb. I had to watch a couple of scenes twice, and had a doubt about the last one. But coming from a first year, it was surprisingly intense and ornate.
I felt guilty about my earlier judgement. Art needs time to be perceived.
The same goes for Inception too. Every time I watch it (5-6 times as of now), I observe something new, and it leaves me astounded every single time.
I’m not endorsing my friend’s movie or Inception here (But I don’t deny Christopher Nolan is my God). At some point, I’m sure many of you have discovered new insights after watching a movie again.
Lastly, this isn’t a request to go watch the entirety of Hollywood and try hard to fall in love with every one of them. It’s obviously up to you what you wanna watch. All I’m saying, some movies deserve more than one watch to be judged. And don’t let sites like IMDb cloud your opinion even before you watch it, when you have a working brain to make your own opinions.
So, the next time you hear your mom tell off you, or your sibling, “Kitni baar dekhoge? Aajtak koi chapter toh padha nahi ek baar se zyada..”, you can tell her that:
Mom, there are some things that are just meant to be done again.

7 thoughts on “Of Movies and Musings.”